"They are the sons of Zaʹdok, those from the Levites who are assigned to approach Jehovah to minister to him”

The Son of Zadok

According to Revelation 5:10, the 144,000, the New Jerusalem, with the King Jesus Christ, will have both function of heavenly kings and priests for the inhabitants of the earth. This will not be the case with earthly princes (Psalms 45:16, Isaiah 32: 1,2, Ezekiel 44: 3). If the princes will be earthly representatives of Heavenly Kingship, they will not be priests. The earthly representatives of the heavenly priesthood of the 144,000 will be the "sons of Zadoc": "They are the sons of Zaʹdok, those from the Levites who are assigned to approach Jehovah to minister to him" (Ezekiel 40:46). Why the expression "Son of Zadok"? Because the high priest Zadok supported King David at the risk of his life, while his son Absalon usurped his throne (2 Samuel 15: 23-37, chapters 16-18). In addition, the priest Zadok supported David's decision to appoint his son Solomon as successor, unlike Abiathar (the second high priest). Therefore, he did not participate in the second attempt to usurp the throne, this time by another son of David, Adonijah (1 Kings 1:5-53). Abiathar was removed from office as high priest while Zadoc was privileged to continue to assume this supreme function (1 Kings 2: 26,27). 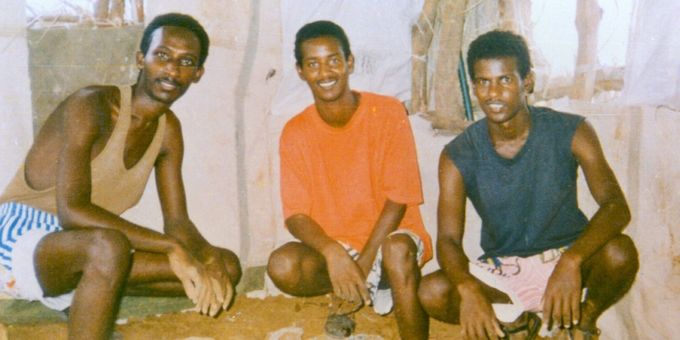 The expression "son of Zadok" is the illustration of constancy in faithfulness to God and to the King, His Son Jesus Christ. Since 1914 the heavenly Kingship of Christ has been dangerously challenged on Earth (Psalms 2). Nevertheless, in the past as now, many courageous Christians have supported the heavenly kingship of Christ at the risk of their lives. They suffered in the Nazi concentration camps, to refuse to greet the evil son of Satan, Hitler, in the Russian gulags, under the fascist dictatorships Spanish, Italian, Japanese and also South America and many other places . Currently, these future "sons of Zadok" are suffering persecution to support King Jesus Christ in Eritrea, Russia, China and many other countries. It is among these faithful and courageous Christians that Jehovah God will name the "Sons of Zadok" as future earthly priests. This is how Jehovah God speaks of them with fondly words:

"As for the Levitical priests, the sons of Zaʹdok, who took care of the responsibilities of my sanctuary when the Israelites strayed from me, they will approach me to minister to me, and they will stand before me to offer me the fat and the blood,’ declares the Sovereign Lord Jehovah. ‘They are the ones who will enter my sanctuary, and they will approach my table to minister to me, and they will take care of their responsibilities to me (...) And this will be their inheritance: I am their inheritance. You should not give them any possession in Israel, for I am their possession" (Ezekiel 44: 15,16, 28) (The End of Patriotism).

The Ministry of the Word 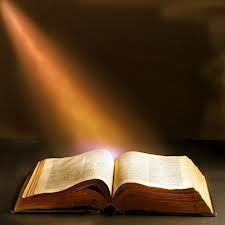 As we have seen before, the future princes will rule in the outer earthly courtyard of the temple, where currently the worldwide rulers exercise their authority. The priests, sons of Zadok, will have their spiritual authority in the temple sanctuary. What will they do in the earthly paradise? They will have three main spiritual functions:

2 - The teaching of the Word of God (Bible and New Scrolls).

3 - The judgment of the unrighteous.

1 - The prayer: They will be the intercessors between God and humans through the prayer, in the Temple Sanctuary. They will burn spiritual incense that corresponds to the prayer: "May my prayer be as incense prepared before you, My uplifted hands like the evening grain offering" (Psalms 141: 2). "The incense means the prayers of the holy ones", "a large quantity of incense was given him to offer it with the prayers of all the holy ones on the golden altar" (Revelation 5:8; 8:3).

2 - The teaching of the Word of God (Bible and New Scrolls): In the former Israel, the priests were the teachers of the nation, and Jehovah God made them spiritual guides for all the people: "They should instruct my people about the difference between what is holy and what is common; and they will teach them the difference between what is unclean and what is clean" (Ezekiel 44:23). "For the lips of a priest should safeguard knowledge, and people should seek the law from his mouth, because he is the messenger of Jehovah of armies" (Malachi 2: 7). In Ezekiel 47:10 we understand that the fishermen will use dragnets to catch fishes, which is a symbolic language. We know that Jesus Christ compared humans who are preached or taught with "fishes": "And he said to them: “Come after me, and I will make you fishers of men" (Matthew 4:19). Many times Jesus compared preaching and the teaching with the work of fishing (Matthew 24:14, 28: 19,20, Luke 5:10).

There is no doubt that the "fishes" represent the resurrected ones, the fishermen are the humans who receive them (organized as "dragnets"), to deal with them especially with the aim of teaching the new divine requirements, written in the new scrolls (Ezekiel 40: 46:44:10, Revelation 20:12). The group of humans, fishers organized in a human network or "fishing dragnets", represents the general administration of the welcoming of the earthly resurrected ones. This administration will be composed with the princes, the sons of Zadok (priests), the Levites (the great crowd) and the Righteous resurrected ones. If the prince will  work on the framework of the administration of the territory, the sons of Zadok will be in charge of the spiritual education of the whole people of this nation, supported by the sons of Levi (the great crowd) (Nehemiah 8:7 "who were Levites, were explaining the Law to the people").

3 - The judgment of the unrighteous: The third main function of the sons of Zadok will be the judgment: "They should preside as judges in a legal case; they must judge it in harmony with my judicial decisions" ( Ezekiel 44: 24). The priests were associated with judges in the former Israel (Deuteronomy 17: 8,10-13, 21,1, 2,5, Numbers 5: 11-31). Therefore, it seems logical to think that they will participate in the judgment of the unrighteous resurrected ones in the earthly paradise, by means of the new scrolls: "And I saw the dead, the great and the small, standing before the throne, and scrolls were opened (...) The dead were judged out of those things written in the scrolls according to their deeds" (Revelation 20:12).

The sons of Zadok will not inherit territorial "lot" or allotted place like all the earthly resurrected ones. They will live in the temple and its territorial part: “The contribution that you are to set apart to Jehovah will be 25,000 cubits long and 10,000 wide. This will be the holy contribution for the priests. It will be 25,000 cubits on the north side, 10,000 on the west, 10,000 on the east, and 25,000 on the south. The sanctuary of Jehovah will be in the middle of it. It will be for the sanctified priests from the sons of Zaʹdok, those who took care of their responsibilities toward me and did not go astray when the Israelites and the Levites went astray. They will have a portion of the contribution of the land set apart as something most holy, on the boundary of the Levites” (Ezekiel 48:9-12).

Since their ministry will be exclusively based on prayer, teaching, and judgment, in favor of the people, it will provide for their material needs (Ezekiel 44: 28-30 compare with Acts 6:4 "we will devote ourselves to prayer and to the ministry of the word").