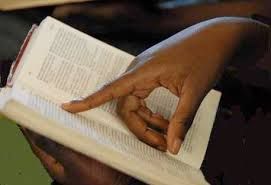 The Promise of God (available in several languages)

The explanation of the enigmatic prophecy of Genesis 3:15 and the covenants made by God to fulfill his promise.

Why has God allowed suffering and wickedness until our days?

The Hope of Everlasting Life (available in several languages)

The everlasting life through the blessings of Christ's sacrifice and how to strengthen our faith in this hope.

The Everlasting Judgment, Everlasting Salvation, the Soul, the Spirit, the Lake of Sulfur...

The great crowd that will come out from the great tribulation (Revelation 7:9-17)

What will allow the great crowd to come out from the great tribulation? In Zechariah 13:8,9, Jehovah God divides mankind into three "parts" (H6310 Strong's Concordance: "פֶּה" (peh) "part"). At first, one might think that it would be  "three parts" equal, or three "thirds" (H7992 Strong's Concordance "שְׁלִישִׁי" (sheliyshiy) "a third"). In the Hebrew text, it is a question of the first two parts (peh) and the third (sheliyshiy), according to the context of this sentence, third "part". So, these three parts of humanity are not necessarily the same number of humans (That is "Three Third"). To know what represent these three "parts" of mankind regarding the biblical context, we must take attention to the dramatic celebration of the Day of Atonement, Ethanim,10 (Tishri).

The elementary teachings of the Bible (available in several languages)

This article is after the article "Everlasting Life" (just scroll down this page). The biblical teachings to know the will of Jehovah God and Jesus Christ.

How to be spiritually prepared before the great tribulation in order to have a good relationship with God and Jesus Christ (this article is sometimes after the article  "Promise of God" (it is mentioned at the top of the page, just scroll down this page)).

The day of Jehovah is near, what do we do? (available in several languages)

How to have a good relationship with Jehovah God and to obtain everlasting blessings?

We Must Know the Name of God: Jehovah

By calling the Name of God, Jehovah, we can obtain everlasting salvation.

We must pray to God regularly and every day

We must read the Bible every day, the word of God, in order to know his will towards us

How to obtain spiritual benefits from our reading of the Bible (by thematic reading or by chronological reading or in the order of the biblical books).

How to organize the worship of Jehovah in the congregation (or church), prayer, and teaching?

Even if we are no longer under the authority of the Mosaic Law, we must be inspired by how to worship God in the former temple because the reality of the Law is fulfilled in the Christian congregation (the spiritual temple) (Colossians 2:17). Who can exercise the function of Elder and Ministerial Servant? Are Christian Sisters allowed to teach in the framework of the Worship in Congregation (based on the Bible)?

The Sacred Value Of Life

A good relationship with Jehovah God requires respect for the sacred value of human life. God condemns not only murder but also the hatred that leads to murder. God condemns homicide (even involuntary) by negligence. God condemns voluntary abortion. The Bible does not forbid birth control by contraception, decided by the couple (it must not be abortive). What is the difference between active euthanasia and palliative care? Does God forgive past murderous behavior, carried out in ignorance of his will?

The Sacred Value Of Blood

A good relationship with Jehovah God requires respect for the sacred value of blood. Blood represents the life given by God. The blood flowing through our arteries and veins belongs to God as a symbol of the life He has given us. Animal blood belongs to God and should not be consumed with meat. Whole or partial blood (red and white blood cells, platelets and plasma) cannot be used as medical treatment like blood transfusion. In some cases it will be up to the Christian to decide for himself whether or not to accept treatment, after the informed advice of his doctor or specialist.

Jehovah God Uses His Son Jesus Christ As The Only Way To Obtain Everlasting Life (John 14:6)

Faith in the sacrifice of Christ will enable us to obtain everlasting life (John 3:16,36)

Christian baptism is an expression of faith in the sacrifice of Christ (Matthew 28:19,20)

According to the Bible the process leading to baptism is very simple. However, according to Matthew 28:19,20, it is the training of the disciple of Christ after his baptism that can take much longer.

Faithful Christians (men and women, with heavenly or earthly hope), having spiritual circumcision of the heart, are obliged to take part of the unleavened bread and to drink from the cup (John 6).

We must preach the good news of the kingdom in order to save lives (Matthew 24:14)

How did Jesus Christ preach? How did he train his disciples? The preaching of the good news is within the reach of all faithful Christians (experienced or not). Preaching is a simple public proclamation that does not require a great deal of biblical knowledge, but a great deal of faith, enthusiasm and love for our neighbor. Preaching is different from more elaborate biblical teaching.

Jesus Christ is the King of the Kingdom of God, in heaven from 1914

According to the prophecy of Daniel chapter 4, King Jesus Christ began to reign in the midst of his enemies since 1914 (Psalms 2). He will come to judge humanity shortly before the great tribulation (Matthew 25:31-46).

The careful study of Revelation chapters 11 and 12 shows that this heavenly war took place shortly before the establishment of the Kingdom of God in heaven. The victory has been celebrated with the enthronement of King Jesus Christ.

A biblical study of Matthew chapter 24 and other parallel passages of the gospels such as Mark 13 and Luke 21, makes it possible to differentiate between the "presence" and the "coming" of Christ, and the "end" of this system of things.

The New Jerusalem is the kingdom of God (Revelation 21:2). The biblical expression "New" leads us to understand, according to what Jesus Christ said in Matthew 24:2, that the current Jerusalem will disappear at the great tribulation.

This worldwide declaration took place on March 6, 1991, by the speech on the "New World Order". It seems to be the beginning of the time corresponding to the description of Christ, in Matthew 24:29.

The Fulfillment of the Prophecy of Ezekiel, Gog of Magog

The coalition of nations currently attacking the people of God comes from the territorial areas corresponding to "Japheth", Russia, China some Asian countries, as well as "Cham", corresponding to some African countries where Christians suffer from severe persecution.

The Prophecy of Daniel of the Two Kings

The Study of the Prophecy of Daniel chapters 11 and 12, about the outcome of the conflict between the king of the north and the king of the south, provides a better understanding of the dramatic events that are currently taking place in the Middle East.

It is at the same time a "political" and a "religious" worldwide kingdom, because it symbolizes the human sovereignty which challenged the sovereignty of God on earth.

It is the "end" and the definitive destruction of the present system of things, according to Matthew 24:21 and Daniel 12:1.

In Only One Day

According to the prophecy of Zechariah 14, that the great tribulation will last only one day, in Ethanim, 10 (Tishri) (Jewish Biblical Calendar (September/October)) (Revelation 11:19).

The great tribulation will also be the beginning of a planetary jubilee, Ethanim, 10 (Tishri).

According to the Prophecy of Daniel 8:23-25, there is the description of the last king (his face and behavior), in the time just before the Great Tribulation.

The Prophecy Of Zechariah

Jehovah God will protect His People, the Great Crowd that will come out of the Great Tribulation (Revelation 7:9-17).

The Administration of the Kingdom of God on Earth

The End of Patriotism

Jesus Christ prophesied the end of this system of things (Matthew 24:14, Mark 13:10). Why will Jehovah God put end to the human domination? Because He has set a time for nations to exercise their sovereignty (without God) and it comes to end (Tishri (Ethanim) 10th).

The Kingdom of God on Earth

This Bible study will be paired with the exam of the book of Apocalypse or Revelation that echoes the prophecy of Ezekiel. To write things in a simple way, Ezekiel's prophecy makes an earthly description of the administration of the Kingdom of God by giving precise details about the functioning of this earthly governance (The Prince; The Priest; The Levite).

The Administration of the Earthly Prince

According to the context of Psalm 45, as the result of the spiritual marriage between King Jesus Christ (The Lamb) and his Royal Bride, the New Jerusalem, it will be born the earthly sons of the kingdom: the princes of the Kingdom of God.

The Administration of the Earthly Priests, the Sons of Zadock

According to Revelation 5:10, the 144,000, the New Jerusalem, with the King Jesus Christ, will have both function of heavenly kings and priests for the inhabitants of the earth. This will not be the case with earthly princes (Psalms 45:16, Isaiah 32: 1,2, Ezekiel 44: 3). If the princes will be earthly representatives of Heavenly Kingship, they will not be priests. The earthly representatives of the heavenly priesthood of the 144,000 will be the "Sons of ZadoK".

The Harvest of Lives

Israel's three annual festivals coincided with the harvests of the agricultural seasons. We will note, with the Bible, through the resurrection of Christ and the birth of the Christian Congregation or Christian Church, that these "harvests" of spring and autumn, are the prefiguration of the different resurrections

Jesus Christ taught the heavenly resurrection several times, and especially on the evening of the last Passover he celebrated with his Apostles.

There is no doubt that the Bible teaches that most of the dead humans will be resurrected in the earthly paradise.

The Resurrection of the Righteous

Jesus Christ and the Apostle Paul, under inspiration, taught that the Righteous will not be judged in their resurrection, they will directly inherit everlasting life on Earth: “Most truly I say to you, whoever hears my word and believes the One who sent me has everlasting life, and he does not come into judgment but has passed over from death to life” (John 5:24).

The Resurrection of the Unrighteous

And in the event that they have a sinless body, how will it be compatible with the fact that during the thousand years many Unrighteous Resurrected People will commit errors or unintentional sins without dying?

The earthly administration of the resurrection

Understanding the prophecy of Ezekiel 40-48 allows us to understand how the earthly resurrection will be administered.

The Welcome of the Resurrected Ones

The Territorial Administration of the Earthly Resurrection

In the prophecy of Ezekiel chapter 47:13-48: 35, Jehovah God gives an outline of the method of allocating territorial "lots".

The reality of the law

The prophetic significance of the sacrifices under the Law.

The symbolism of divine qualities

The four-faced creature and the four faces of the four creatures.

The symbolism of numbers

In the Bible, the numbers, when they are not to be taken in the literal sense, have a symbolic value which is often a literary expression of what is unique, complete, incomplete, completed, in abundance... For each explanation regarding the number a biblical text will be quoted with the key phrases or a key word (John 17:17 "your word is truth", the Bible).